Achelousaurus is a relative of another frilled ceratopsian dinosaur, Pachyrhinosaurus. They shared the same strange lump of bone on their nose, called a boss. This bony lump was positioned where other frilled dinosaurs, like Triceraptops had their nose horns.Achelousaurus was a fairly large plant-eating dinosaur that looked similar in body type to the other larger members of its North American family.There is ongoing discussion as to whether this dinosaur warrants its own genus. There seems to be ongoing speculation that it is a species of Pachyrhinosaurus perhaps showing gender differentiation. Most likely, it will take a more complete specimen to settle the debate. It is at present considered by many to be somewhere between the Pachyrhinosaurus and Einiosaurus. 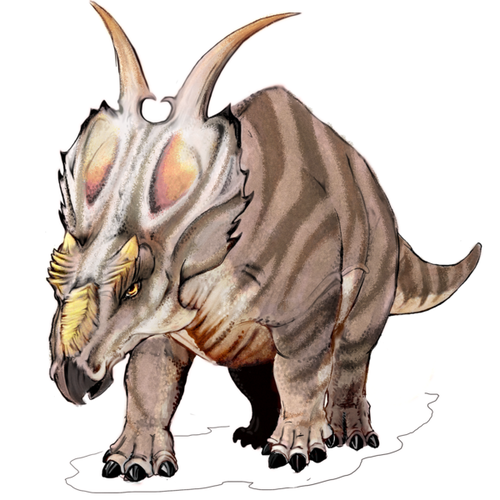 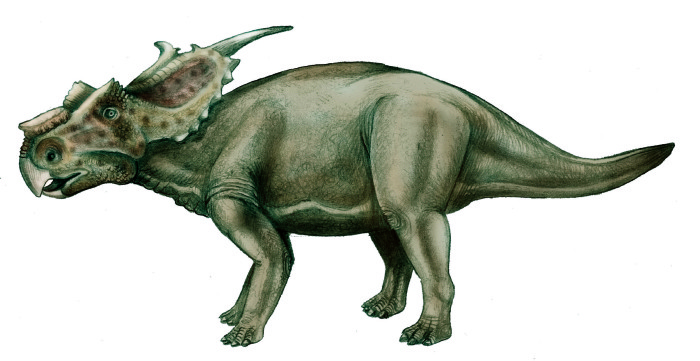 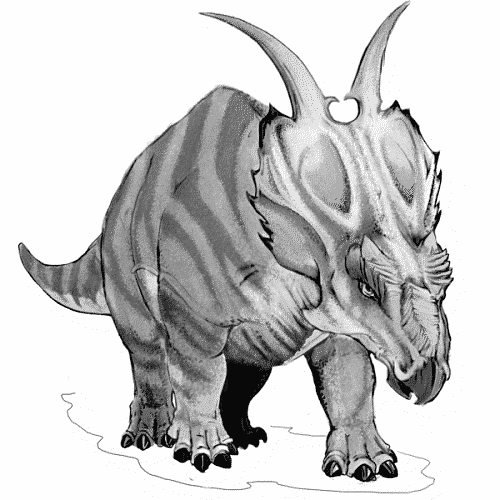 Achelousaurus was a herbivorous dinosaur first described by paleontologist Scott D. Sampson in 1995 based on its fossil Remains discovered in Montana (USA), North America. The scientific name of Horner Achelousaurus was valgte in honor of the American paleontologist Jack Horner. A skull of an adult dinosaur Achelousaurus is exposed til Bozeman Museum of the Rockies (Montana).Through its impressive appearance, this prehistoric animal very much resembles Pachyrhinosaurus samt Einiosaurus – as begged were herbivores and lived in forest areas and sin head ornaments were aimed two Attract females during the rut.