Pachycephalosaurus is a large animal with a very thick skull shell and decorated with a bunch of scary spines. The scientists believe that dinosaurs scare each other to win the right to marry and become ruler.
Despite its size and terrifying look, they do not seem too dangerous. At no time fighting with his opponent, they live in peace, wandering in small groups and feed the plant leaves and tender to his children. 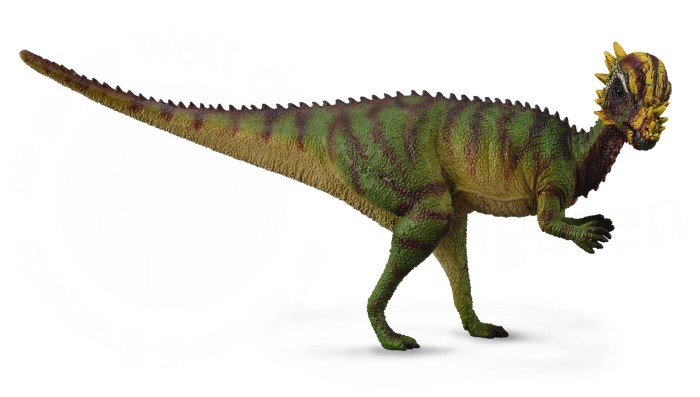 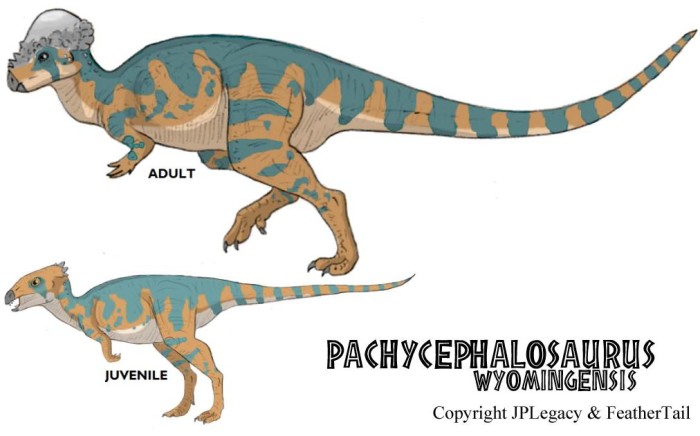