The type species, Rapator ornitholestoides, was originally named by Friedrich von Huene in 1932. The meaning of the generic name is problematic. Von Huene gave no etymology, explanation as to the derivation of the word. “Rapator” does not exist in Classical Latin and occurs only very rarely in Mediaeval Latin with the meaning “violator”. One possible explanation is that von Huene, having been influenced by Latin raptare, “to plunder”, mistakenly thought such a word actually existed with the meaning of “plunderer”. It has also been considered a simple misspelling of, or confusion with, raptor, “seizer” or “thief”. The specific name means “resembling Ornitholestes”.

The holotype, BMNH R3718, consists of a single left hand bone, discovered around 1905 near Wollaston, on the Lightning Ridge. The fossil has been opalised. Originally thought to be a metacarpal I, a bone from the upper part of an indeterminate theropod hand, it was later noted that the bone is similar to a finger bone, the first phalanx of the first finger, of an alvarezsaur or of a primitive coelurosaurian similar to Nqwebasaurus. With the discovery of Australovenator, which had a similar metacarpal, Rapator was recognized as a probable megaraptoran. In fact, Australovenator and Rapator differ only in some small details of the bone and may be synonyms, though Agnolin and colleagues in 2010 considered Rapator a dubious genus (nomen dubium) due to its fragmentary nature. Earlier, Rapator had been synonymised with Walgettosuchus, a theropod found in the same formation. As the latter is only known from a caudal vertebra however, the identity cannot be proven.

The bone has a length of seven centimetres. This manual element shows a prominent dorsomedial process, a feature shared with the much smaller Ornitholestes which occasioned the specific name. The process with Ornitholestes is much less distinctive though. On its upper end there is only one cotyle, from which von Huene deduced it must have been a metacarpal. However, several coelurosaurian groups lack a second cotyle on the first phalanx also. If Rapator had a build like Australovenator, it would have attained a considerable size: a body length of 9 metres (30 ft) has been estimated.

See Others Picture of Rapator Facts 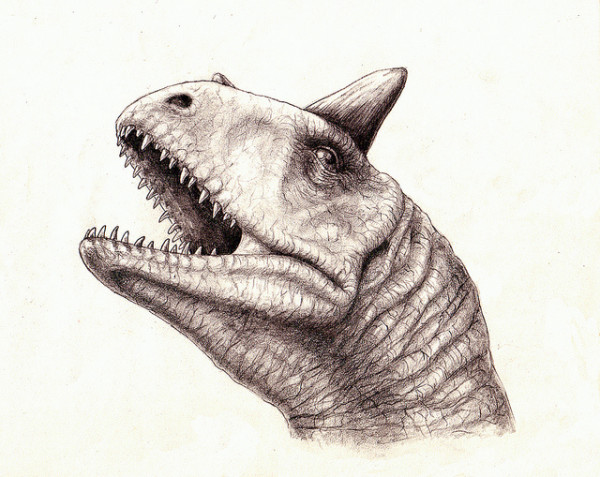