Only the bravest or most foolish hunters would dare follow this trail of tyrannosaur tracks that meanders through the rainforest. This started out as a simple jungle drawing as practice with environmental scenes, but I added the prints on the ground to give it a special Cretaceous feel.Did you know that dinosaur footprints have their own scientific names? These are called ichnotaxa, and each ichnotaxon of footprint has both a genus and species name exactly like the names for the animals themselves. For example, Tyrannosauripus pillmorei has been applied to Late Cretaceous tracks which may match the feet of  T. Rex itself. 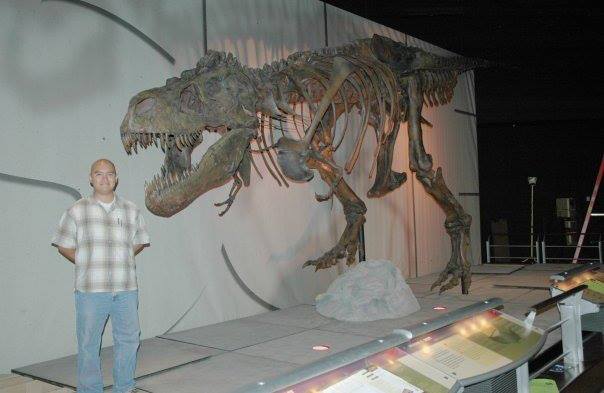 Unfortunately, information on Tyrannosauripus is scarce. It belongs in an as-yet-unamed genus & is known from 50cm (1.5 foot) footprints in Winton, a region of Queensland, Australia. The prints were discovered alongside the footprints of Wintonopus, an ornithopod and Skartopus, a small coelurusaur. These tracks are believed to have been made in a stampede, possibly caused by the Tyrannosauripus itself, all living in the late cretaceous. Tyrannosauripus is certainly a theropod and very probably a carnosaur, despite its name. Tyrannosauripus is believed to be roughly the size of a North American Allosaurus, another carnosaur that also may have lived in Australia, albeit smaller than the species than lived in other parts of the world.