The body temperature of the giant sauropods such as Brachiosaurus and Apatosaurus ever dominated the Jurassic period similar to birds today. Temperature is similar to mammals, such as humans. This can be known through the most unusual part of the dinosaur, the teeth. Experts know from a collection of teeth fossil. The experts used a new technique that measures the temperature through chemical means of mineral formation.The results of this study represents the first time that the experts actually using dental techniques to test the unknown dinosaur physiology. The technique itself relies on one of the most fundamental blocks of life, namely the atom. Many of the elements in the periodic table usually have what is called isotopes, where the variant element remains the same while the number of protons in the nucleus of different numbers of neutrons. 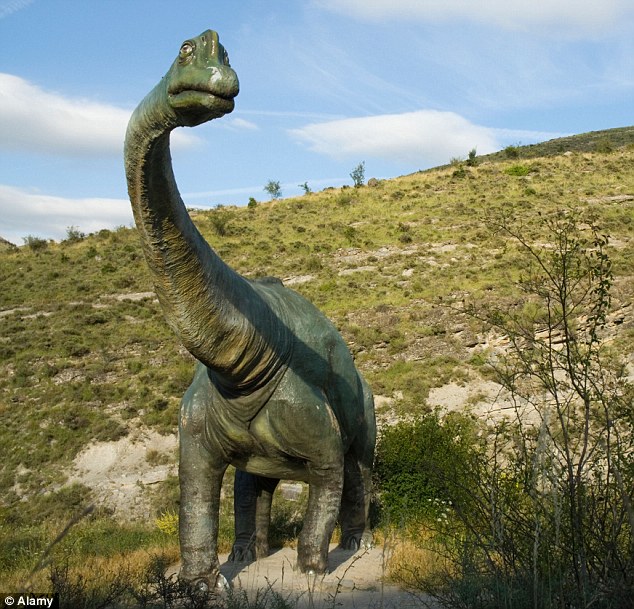 The number of neutrons in an atom can affect the overall weight of the molecule, which in turn affects the chemical properties. When the experts making measurements, the body temperature of dinosaurs known around 36-38 degrees Celsius. The temperature is similar to most modern mammal’s temperature. Temperature is clearly hotter than most modern cold-blooded organisms.Temperature organism itself ranges from 26-30 degrees Celsius. These findings provide a new perspective on an old problem concerning the physiology of dinosaurs. Since the Jurassic period is considered to be one period of summer, this temperature range shows, sauropod has a unique method to help cool off.