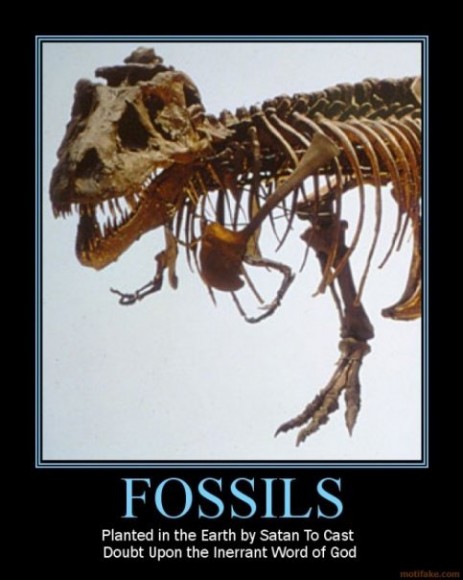 When God created a man, He knew that human was made to be inquisitive,creative and resourceful. Human’s were designed to be bigger and better, hunger about knowledge, human will face challenges to always grow and survive. It’s not possible that God created the Earth with some fossils inside the Earth. God created the Earth that appeared aged to test our faith and challenge human’s minds. Some people believe that Bible ever explained about  human’s faith that was challenged by even greater things than a Dinosaurs-Existed Theory. Maybe that’s the theory why some people weren’t believe that Dinosaurs ever existed, and wiped by huge-meteor hit and disappear the dinosaurs.

I do believe in Dinosaurs, I love dinosaurs. How about you? Do you believe that Dinosaurs ever rule this Earth?