Altirhinus was a large herbivore (plant-eating) dinosaur that lived during the early Cretaceous period, perhaps between around 120 million and 100 million years ago. Its fossils were discovered in what is today Mongolia.
Altirhinus was a large animal, about 26 feet (8 meters) long, and weighing around 4 tons. Its skull alone is approximately 30 inches (76 centimeters) long.The skull of Altirhinus is unusual (and is also the origin of its name, which means “high snout”). It had a wide mouth, and a distinctive arch on the top, primarly formed from nasal bones. Various hypotheses have been suggested as to the purpose of this arch – it may have been used for a powerful sense of smell, t could have helped the animal cool its blood, it could have been used to make sounds, or even for display. Since (at the time of writing) only two Altirhinus skulls have been discovered, we do not even know for sure whether both males and females had the nasal structure, or if perhaps only one sex had it. 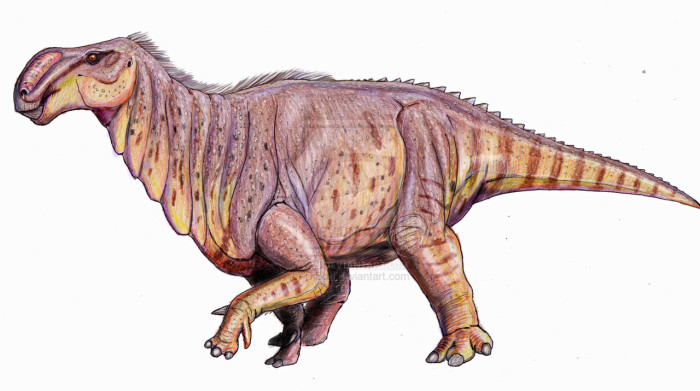 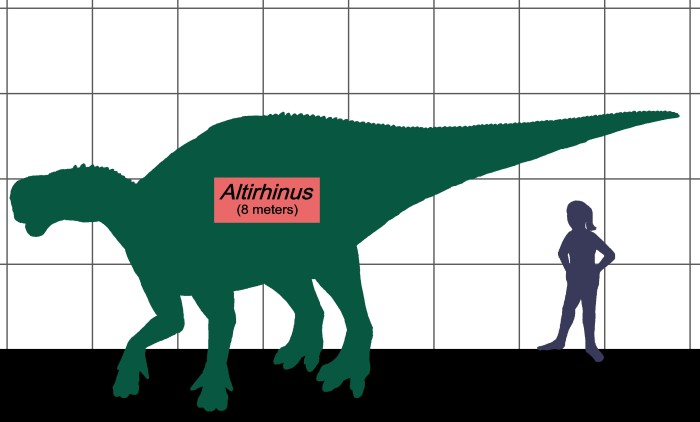