Camarasaurus, a long-necked dinosaurs with different head. Now we will talk about Camarasaurus. Camarasaurus means “chambered lizard”.Camarasaurus was a long-necked and long-tailed herbivore dinosaur with 7.5 – 20 meters long and 5 meters in height at the hips. Camarasaurus also known as the biggest dinosaur with 2,8 tons in weight. Although it’s smaller than its fellow sauropods, but it’s still quiet huge from any other dinosaur. This dinosaur had a small long head with spoon-shaped teeth. It had shorter neck and tail than most sauropods. 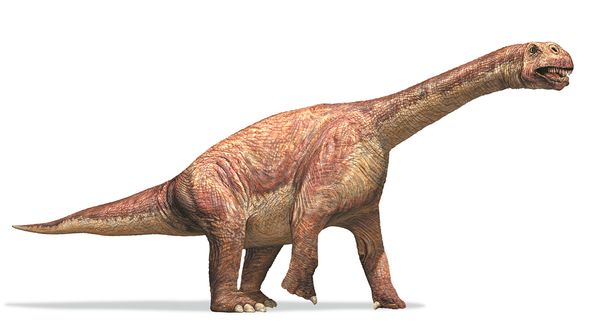