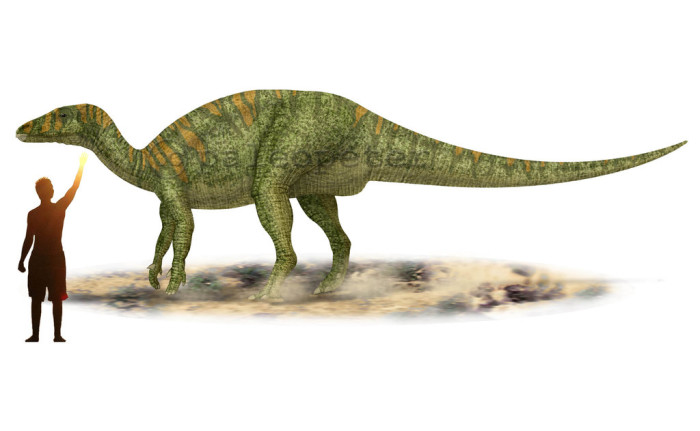 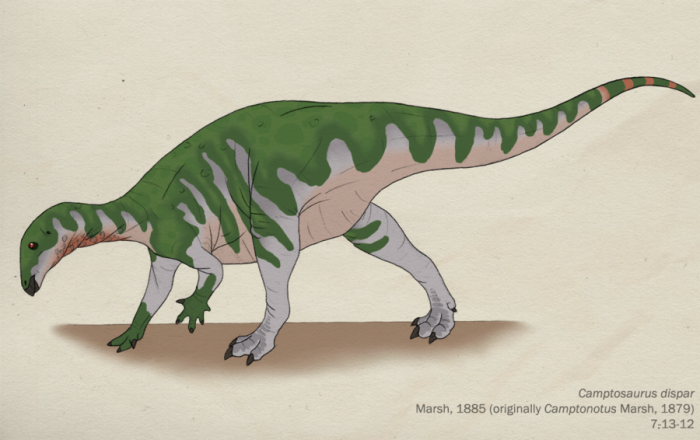 Camptosaurus’ intelligence was midway among the dinosaurs. It was an ornithopod. This dinosaur was a plant eater dinosaur. It had strong teeth in the side of its jaw, but had no teeth in the front of its mouth. The Camptosaurus fossils was found in Europe and North America. Named by Othniel C. Marsh in 1885. Nowadays, many fossils are unearthed and have been found in the United States, United Kingdom, and England. Specifically in the United States, Camptosaurus fossils have been found in Utah.

This herbivore was probably close to the ancestry of Iguanodon and Parasaurolophus in the Cretaceous era. Like its descendants, Camptosaurus lived in herds to hide and get protection from Predators.