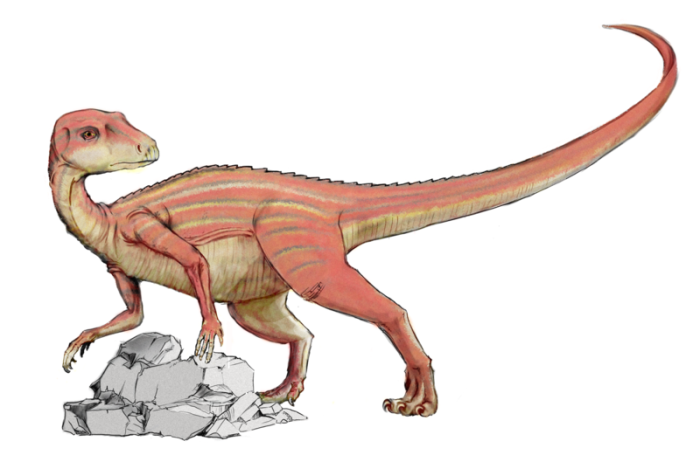 The skull had a triangular profile, compressed on the sides with two large circular orbits, equipped with only two small teeth in front and have so many conical teeth. This dinosaurs also equipped with robust jaws. The upper jaw had about 25 teeth and the lower jaw, had 27-28 teeth. The front legs were small and quite thin. Abrictosaurus walks with its hind legs and been a swift runner. Originally, according to the paleontologist, Abrictosaurus was once attached to South America, from this , we knew that Dinosaurs were spreading and migrated to different parts of the world. Abrictosaurus was found in Lesotho and Cape Province in South Africa. Firstly found in 1974 by Richard Thulborn, then found again by James Hopson in 1975.